I’ve been pretty quiet on the blog over the last six months or so – but for good reason. In addition to doing client work and organising Cardiff SEO Meet stuff, I’ve been writing a book. And now it’s here… 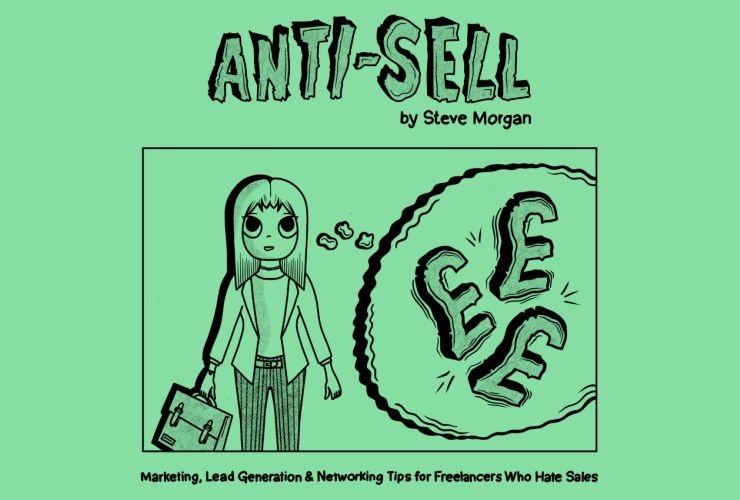 Wanna learn more about how the book came to be? Read on…

Truth be told, I never thought I’d ever become an author. I love blogging (the fact that SEOno’s been going since 2011 is proof of that!) but I thought books were silly – after all, books can become obsolete (especially SEO books). But then…

A few years ago, I wrote a post on here titled 20 Ways That Freelancers Can Drum Up Sales During Quieter Times. Following on from that, I had a few more ideas of posts around the topic of sales and networking, aimed at freelancers specifically. Given that this is (mostly) an SEO blog, I wasn’t sure how best to proceed… That’s when I realised that the advice is pretty much timeless, and that each separate post idea I had could be a separate chapter in a book instead. That’s when the idea of writing a book – instead of lots of blog posts – became a plan.

I had the idea about a year ago…

Been considering writing an ebook offering sales/networking tips to freelancers & SMEs who aren’t fond with or confident about selling, inspired by this post: https://t.co/Fec1vQRxWA – What do you reckon, Twitter? Of use to anyone I know?

Things started off slowly, but in July 2018, when I was on a long flight (when I won a competition to go to MozCon in Seattle), I wrote a good chunk (about 8k words) there and then. After that, I added to it more and more, during evenings and weekends, fitting it around client work and family commitments. By mid-October, the first draft was complete. And between then and now, I’ve been sorting out all the other stuff: getting it edited; recording and self-narrating the audiobook; getting the book cover designed; formatting it in paperback, PDF and Kindle/eReader formats; figuring out how to get it onto Amazon; and all that malarkey. And now we’re here!

In addition to me rambling on for a few hundred-thousand words, I roped in eight friends and fellow freelancers/small business owners to give their story on how they do sales in an Anti-Sell kinda way. From left to right, top to bottom:

A lot of people helped out with getting the book ready and published. They’re mentioned in the Acknowledgements section right at the end of the book, but I wanted to give a few shout-outs on here as well: