I’ve been pretty quiet on the blog over the last six months or so – but for good reason. In addition to doing client work and organising Cardiff SEO Meet stuff, I’ve been writing a book. And now it’s here…

Wanna learn more about how the book came to be? Read on…

Truth be told, I never thought I’d ever become an author. I love blogging (the fact that SEOno’s been going since 2011 is proof of that!) but I thought books were silly – after all, books can become obsolete (especially SEO books). But then…

A few years ago, I wrote a post on here titled 20 Ways That Freelancers Can Drum Up Sales During Quieter Times. Following on from that, I had a few more ideas of posts around the topic of sales and networking, aimed at freelancers specifically. Given that this is (mostly) an SEO blog, I wasn’t sure how best to proceed… That’s when I realised that the advice is pretty much timeless, and that each separate post idea I had could be a separate chapter in a book instead. That’s when the idea of writing a book – instead of lots of blog posts – became a plan.

END_OF_DOCUMENT_TOKEN_TO_BE_REPLACED

My freelance business – Morgan Online Marketing (or MOM for short) – turned 5-years-old on Monday, as I officially took the plunge and went full-time freelance on Tuesday 7th May 2013, having left my last agency role the previous Friday. I celebrated with branded gluten-free cupcakes, like the one pictured. Yum.

When you’re self-employed, you sometimes hear that infamous “#% of businesses die in their first 5 years” statistic, which seems to vary depending on who you ask (it’s anything from 20% to 50% apparently), so I’m chuffed to have passed (survived?) this particular milestone.

I’ve posted on anniversaries before (here’s the links to the 1st, 2nd and 3rd years), but this time I just wanted to say a few thank you’s to people who have helped me along the way.

In (sort of?) chronological order…

Firstly, thank you to Max Minzer of Max Impact. As I was in the process of going solo, he produced some videos as part of his Max Impact series (a weekly series of Google+ Hangouts webinars, each covering different SEO/digital marketing topics) and the Choosing Clients one was massively useful. A big thank you to Lauren Hall-Stigerts and Mackenzie Fogelson for the advice that they dropped in that one. See also: Building an SEO Practice with Bill Sebald (another good one).

Thank you to GO Wales. Although I’ve never utilised them in the way that most people have (either by being a graduate getting a job, or an employer getting funding towards a hire), they also used to run Freelancer Academies, week-long workshops that gave you an intro to freelancing life. I was very lucky to go on one in my second week as a freelancer. It was extremely useful so early on.

END_OF_DOCUMENT_TOKEN_TO_BE_REPLACED

A few months ago, I changed up the days that I worked in order to try and achieve a better work-life balance. Instead of the traditional Monday to Friday, I dropped the Monday in favour of working on a Saturday. So still five days a week, but different days.

I wasn’t going to bother blogging about it (honestly because I didn’t think anyone would care, haha!), but I told Lee Sharma (@startuplee) about it and he found it really interesting. I’ve also chatted to couple of other people about it as well (including someone just the other day). This got me thinking that it might be worth writing about after all, as there’s some pretty unexpected pros and cons with the whole thing. 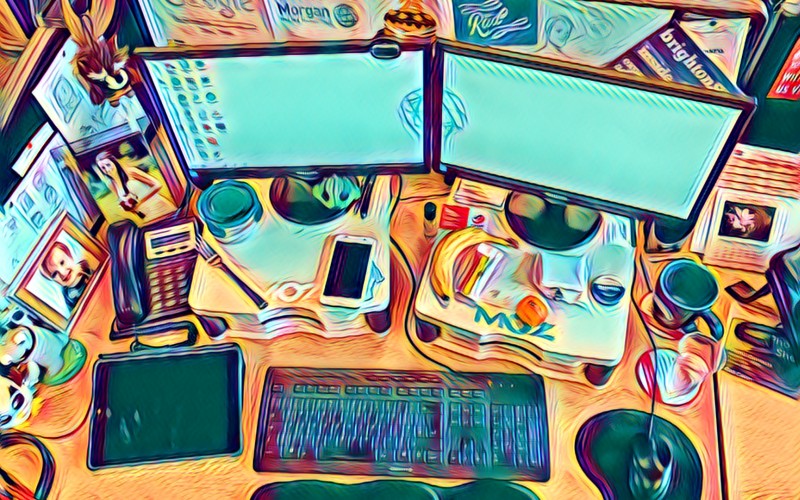 The habits we all fall into…

I’ve discovered a weird sort of irony in that a fair few freelancers I know went into freelancing so that they could have more freedom and flexibility in their working hours… and yet they’ve gravitated towards continuing to work the traditional Monday-to-Friday 9am-to-5pm routine you get in the employment world.

Even though I had the option to work whenever I wanted, it still felt like a weird alien shift in mentality to work evenings and/or weekends instead of weekdays. I guess that’s how much it’s become engrained as the ‘norm’ in our society (non-office work notwithstanding). Heck, I even remember reading a blog post by Dom Hodgson (@TheHodge) – which I can’t find now sadly – where he talked about his freelancing style and that he often worked an 8pm to 4am shift, and I thought to myself how utterly weird that sounded. But hey, if that worked for him, it worked for him – we certainly shouldn’t knock it.

END_OF_DOCUMENT_TOKEN_TO_BE_REPLACED

This post was originally intended as a guest blog post on behalf of Welsh ICE. However, given that it’s quite personal in nature, we agreed that it’d be a best fit on SEOno instead.

People who know me personally or via Twitter might see me as a (mostly!) cheery, friendly, positive guy. However I’ll be the first to admit that when I was growing up, I wasn’t happy for a lot of my early life… I was bullied in school, suffered from depression as a teenager, and also experienced bullying in the workplace in some job roles that I took on. I’m in my early thirties now and I’m pretty happy about my life and where I am at the moment… And recently, while looking back over key moments in my life, I noticed an interesting pattern in the times that I’ve been happiest in my life so far:

In each of these instances I was in a fun environment and working on things that I love, but there was another key ingredient: a sense of community. When I worked at the live music bar, I became friends with my fellow bar staff, the pub managers/owners, the regulars and the performers (especially the locals on the open mic circuit), and we bonded over our love of good music. Similarly, with the live music society at university, I became good friends with other members of the society, the venue owners that we worked with, and the bands that we put on. Jump to the present day and I’m a self-employed online marketing consultant working out of a coworking space, and the people who run it – as well as my fellow members – have become such good friends that they feel like family.

END_OF_DOCUMENT_TOKEN_TO_BE_REPLACED 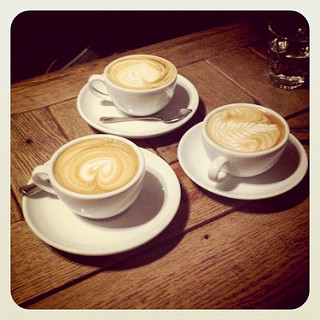 It’s been a month of birthdays…

In addition to this very blog turning 5-years-old very recently, on 7th May my freelance business – morganonlinemarketing.co.uk – reaches its 3rd birthday.

Way back in 2013, only a mere 3 months after taking the plunge, I wrote a post titled 3 Things I’ve Learnt 3 Months Into Self-Employment. 33 months later, I wanted to pass on 3 more things I’ve discovered now that I have a longer-term view of freelancing life, and I also thought that it might be interesting to revisit the initial 3 things I blogged about – to see if they’re just as true/more true/less true – now that a whole bunch of time has passed…

As you’ll see below (or here), the #1 of my original ‘3 Things’ was also about saying “yes” – but it was from the other person’s perspective. This time it’s about me saying yes.

You often hear the common wisdom that is to “say yes to everything.” A guy I know and look up to on the Cardiff entrepreneurship scene admitted to me that he follows this course, saying yes to absolutely everything/anything that comes his way and never turning anything down.

But you know what? That’s borderline foolish. (Sorry person-referenced-above-who-I-have-now-insulted…)

So while you can say yes to everything, you probably shouldn’t. Our time is finite, so if you agree to do something and it takes x hours to do, you can’t save or reuse those hours on something else (unless you sacrifice time from something else, such as time spent on a hobby, with family/friends, or sleeping). What if you say yes to something good, but then something great comes along, and you can’t do the great thing because you’re busy doing the good thing? That would suck, wouldn’t it?

I certainly feel like I’m getting better at this, especially in the past year or so.

2) Do away with distractions

Early on in my freelancing career, I was a moderator for Inbound.org for a time. I took to the moderating quite obsessively, upsetting some people in the process (but that’s a whooole other story…!), before quitting for good. While I was doing it though, I noticed that I was doing it a lot. To touch upon the above point, our time is finite. I could’ve spent that time differently – especially in the early days of freelancing.

I don’t regret it too much though. The whole upsetting-people thing aside, I made a lot of great contacts and friends in the SEO industry while I was living and breathing Inbound.org, and it helped to get my name out there. Hell, I’ve not contributed on there for years and yet I’m still in their Top 50 all-time members as I type this, hah!

…But at the same time, it wouldn’t have helped with sales or client acquisition, at a time when that was absolutely crucial to focus on. Obviously I did ok in the end (otherwise I wouldn’t be writing this!) but it might’ve been a much smoother ride if it’d been distraction-free.

So, if you’ve got any distractions in your life, try and put them to one side. (He says, still absolutely obsessed with Twitter… We’ve all gotta have at least one vice, right? Right.)

3) The community around you is so, so important

I harp on about them all the time (most likely to the point of causing boredom and sickness), but I love Welsh ICE more than I can explain. The coworking space and startup community just outside Cardiff has been pivotal to my freelancing success.

When I first looked into coworking, I thought it consisted of just three things: a desk, coffee, and WiFi. Oh and I knew that I’d go stir-crazy it I worked from home all day everyday, spending every waking minute talking to my cats. But there’s been much more to it than that: I’ve had support from members (whether it be dedicated mentoring sessions or a simple pick-your-brains moment with someone who’s been-there-and-done-it); I’ve networked with members; members have passed on referrals to prospective clients; members have become clients (including the space itself!); I’ve hired members to do things for me; we’ve collaborated on projects together; and so on. I’ve also made a bunch of friends up there (aww).

I’ve read (well, listened to) quite a few books recently, and most of them have said that you need to surround yourself with positive people and not negative people. Places like ICE aren’t perfect for sure, and I don’t get on with absolutely everyone (because life just ain’t that perfect), but there’s certainly more of the former than the latter. And their on-going support has been really important to me.