Ahh, the age-old question: what image should I use to accompany a blog post? A stock image? A screenshot? Any old thing you find from Google Image Search…? (No, definitely don’t do that last one.)

When people ask me, I usually send them down the Flickr Creative Commons route, as I hate stock imagery and Flickr images often feel more genuine. But sometimes there are some good alternatives you can use that you mightn’t have thought of…

Let’s start with the really obvious one, and work our way to the more… odd.

1) Take your own photo

Ok ok, so this one’s not that unusual (going by the title of this post), but with Google Image Search, Flickr, etc. being so ingrained in our minds as the go-to resources for images, it’s easy to forget that you can always just do it yourself…

I’ve gone down this route when Flickr Creative Commons – and other avenues – have come up short. Obviously it’s topic-dependent, but I’ve often found something lying around on my desk that I can turn into a half-decent image. When I struggled to find a good photo to go with a post talking about my thoughts on DA (Domain Authority) for example, I grabbed my Roger Mozbot bobblehead figure and artfully positioned it in front of a computer monitor displaying Open Site Explorer data.

Of course, that photo looks dreadful, so I took it one step further…

2) Take your own photo (and run it through Prisma)

The iPhone app Prisma ‘artifies’ photos. I’ve blogged about it before and used it a stupid amount of times on this blog:

And even guest posts:

END_OF_DOCUMENT_TOKEN_TO_BE_REPLACED

When I set up this blog over five years ago, my personal goal was to aim to publish at least one post per month. With the exception of one month early on (February 2012, when I took a brief hiatus), I have met that goal. But a few days ago, while combating a busy workload and a sort of form of writer’s block, I found myself clambering around, trying desperately to think of something to blog about.

Which is why I typed (and have published) this.

In the end, I came up with goods, and it’s a semi-decent post by all accounts (or at least I like to think so!), but otherwise I was thinking of publishing this post – in order to ‘fill the gap.’

But you know what? Aside from the fact that there would’ve been a month missing if someone looks at my blog’s Archives, it really doesn’t matter. It’s much more important to write something of quality rather than to write because you have a quota to meet / a box to tick.

I mean just look at this post. Look at it. It’s looking so sorry for itself. It’s barely a couple of hundred words. It doesn’t even have an image to go with it. Pah. It’s certainly not my best, but by publishing it, I would’ve been able to say that I’d published a post during the month of August 2016. Huzzah…? No. No huzzah.

But you could argue that this post shouldn’t – or doesn’t need to – exist at all… Although I decided to publish it anyway, to make a point.

Don’t get me wrong… Deadlines are a good thing. Since I started writing for State of Digital, my writing style and overall blogging game has increased significantly: I was worried that I wouldn’t be able to meet the deadline of providing a post every five weeks – in addition to doing one once a month for SEOno – but I have done, and it’s been going well. Really well.

But at the end of the day, I have a new rule: from now on, when it comes to SEOno at least, I will write new posts when I damn well please, not necessarily once a month. I’d much rather publish a killer post after a three-month gap rather than publish three smaller, underwhelming posts each a month apart.

Would you agree? Yes? Good. Thanks for reading. 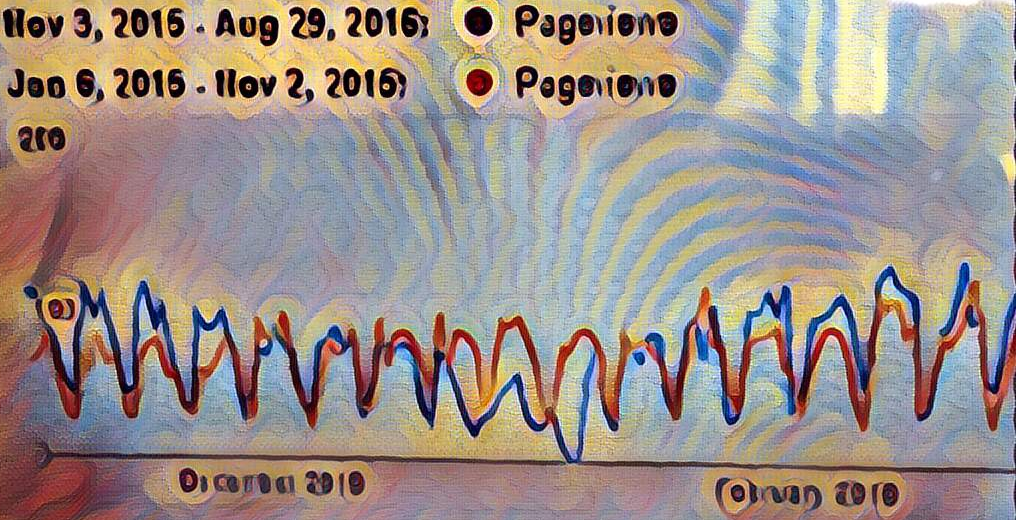 A few years ago, I wrote a monster post. It became so popular that it dwarfed all other pages on my website (even the homepage) – even though I never expected or intended for it to do so. In fact, as I write this, in the past month it received 73% of all hits to my website – so it’s more popular than every other page or post on the blog combined.

As time went on, I had a bit of a dilemma: the content slowly became more and more obsolete. It’s still partly true/helpful even today, but more and more people had been commenting on the post saying that my method no longer worked for them. Obviously I wanted to leave the post up, for both selfless reasons (e.g. as it’s still useful for some people, albeit fewer than before) and selfish reasons (e.g. TRAFFIC), but I felt that the current version of the post was lying to them, so I reluctantly decided to change the title, from an absolute, this-is-how-it-is-now-and-forever style of ‘how to’ headline:

How to Remove Slanderous Google Reviews – A Case Study

…to something suggesting that it was perhaps more time-sensitive and therefore not necessarily helpful any more:

How I Removed A Slanderous Google Review – A Case Study (2013)

It’s very subtle – I basically made it past tense and reiterated the year at the end. However I was genuinely concerned that it would be a massive turn-off to people browsing Google for help on the subject. The vast majority of the traffic that the post gets is via organic search, and I was well aware that the title change would update accordingly in the SERPs… What if someone thought “hey, this is old – I’m not clicking on that…”

In addition to the title change, I added a sort of intro disclaimer section:

So even if someone clicked onto it not reading the title properly, they would (hopefully) see that warning instead.

I made the change on 3rd November 2015 – nearly 10 months ago. I thought it’d be interesting to delve into the Google Analytics data and to see if the change had had any majorly positive or negative effect on my blog’s traffic levels.

The Google Analytics data: a snapshot

I jumped into Google Analytics’ Behaviour > Site Content > All Pages section,* set the traffic to organic search only, and clicked on the post in question. Then I tinkered the date range from 3rd November 2015 (the date of the change) and the last full day of data (which was 29th August 2016 as I type this), and compared it to the previous period (6th January 2015 to 2nd November 2015). Here’s what I saw:

Let’s break it down…

END_OF_DOCUMENT_TOKEN_TO_BE_REPLACED

A few days ago I caught a tweet by @tombeardshaw showing a painting-style image of his usual avatar head-shot:

I was really impressed, so I asked him who painted it for him, because I was convinced that he’d commissioned someone to do it for him especially.

But I was wrong – it was made via an iPhone app.

Simply put, Prisma is a modern art filter app, overlaying your photos with different artistic styles. In addition to making photos look like paintings (like the example above), you can make them look like sketches, mosaics and even cubist. There’s about two dozen different filters that you can apply.

I’ve slowly become obsessed with it since discovering it, as have many of the people I’ve seen using it. @cardiffisyours is now using Prisma’ed images for its Twitter profile pic and cover pic:

The Guardian recently published an article showing loads of great examples of recent famous photos that have had the Prisma treatment.

The other day, I realised that it had another really good application: photos for blog posts.

Alternative images for your blog posts

I spend a lot of time finding good accompanying images for blog posts, usually hitting up Flickr’s Creative Commons search. I hate stock photos (as I feel that they’re often very generic and ‘forced’-looking), but finding a good, natural, free-to-use image can really take some time. Ironically I often feel that it takes me longer to find a good image for a post than it does to write the damn thing in the first place…!

For a recent post on SEOno – 5 Reasons Why You Shouldn’t Operate a ‘Minimum DA’ Rule When Building Links – I really struggled to find a good image. I tried Flickr’s CC search for keywords around “authority”, “minimum”, etc. but couldn’t find anything appropriate at all. I realised that all I really wanted was a screenshot of Moz’s Open Site Explorer, the tool that displays the metric that was the primary focus of the post. I tried a screenshot at first, but it looked… boring.

Then I had an idea…

END_OF_DOCUMENT_TOKEN_TO_BE_REPLACED

When it comes to comments sections, the issue with guest blogging is that you’re relying on someone else to manage and administrate the comments for you. On your own blog, you may choose not to have comments on blog posts at all, but if you do, you’ll probably check them and approve/deny them before they go live – and even so, you’d probably get a notification if a new comment is pending. If it’s a guest blog post then you’re leaving that process in the hands of someone else. Some of them actually notify you as the author (e.g. I get notified of comments against my posts on State of Digital), but not always…

I had a heart attack when a client’s guest post had a negative ‘troll’ comment against it. For six months. Neither me, the client nor the blog owner spotted it until I happened to check something on the post and caught it then.

Ironically, I discovered the troll comment because I was contacting another blog about a guest posting opportunity and they wanted to see other examples of the writer’s work, so I went onto the site to dig it out. It was only then that I discovered the offending comment (…and obviously I didn’t share it with the person who wanted to see examples – for obvious reasons, heh).

END_OF_DOCUMENT_TOKEN_TO_BE_REPLACED

Epic Last Song
Does It Offend You, Yeah?
8 hours

Let's Make Out
Does It Offend You, Yeah?
8 hours

Attack Of The 60 Ft Lesbian Octopus
Does It Offend You, Yeah?
8 hours

Doomed Now
Does It Offend You, Yeah?
8 hours

Dawn Of The Dead
Does It Offend You, Yeah?
8 hours