* Important intro note * – Originally the title of this post was “How To Remove Slanderous Google Reviews,” because – at the time (March 2013) – following these steps (especially #4, country-depending) would work well to remove your review. Over the years however, Google have changed their processes, making this post obsolete in some aspects – you’ll see in the comments (especially later ones) that more and more people have said that the steps below haven’t necessarily worked for them. I wanted to keep this post up for reference, but please understand that what’s written here may not 100% correspond with what you need to do these days. I’m actually considering writing a follow-up, as my folks’ business has been hit by another fake bad review (as of October 2015), in which case I’ll update this post with a link to it.

* Regarding contacting me * – I sometimes get people contacting me asking for help with this, especially if they’re struggling. Please understand that if you followed the instructions in this post, there’s really not much more I can do to help I’m afraid. And while you can hire me for SEO work, I don’t offer help on this front on an individual basis. Sorry. 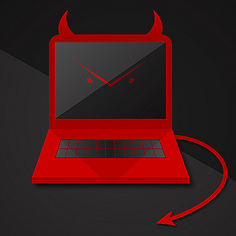 Earlier this week, I had to deal with a slanderous review left on my parents’ company’s Google Places (a.k.a. Google+ Local) page. When researching how best to get it deleted, I came across a mishmash of info on a mix of blog posts and forums, which wasn’t very helpful, so I wanted to write about my experiences in getting it sorted.

Surprisingly, Google doesn’t exactly make the process easy. Well, they do, but it’s one of those ‘once you know, you know’ scenarios. And after reading about some horror stories, I wanted to outline how I managed it. So if you’re in a similar boat then I hope this helps you out.

My parents run an IT recruitment agency called Computer Recruiter. I’d been working from home on the day that we discovered the review, as I was still recovering from an on-going, on-again-off-again illness (more about that in an upcoming blog post by the way), but as my folks are based nearby, they invited me over for lunch. We were talking about recent rankings (as I’ve done a bit of work for them in the past) and we got onto the subject of their Places page. I wanted to show them something on the page, but then we spotted it…

A review, left 3 weeks ago, with a rating of “Poor to Fair.”

Then we actually read the review…

I won’t copy and paste it in its entirety here (to be honest, I don’t think I thought to save a copy of it before it got removed), but let’s just say that it said the following:

Our immediate thought was that it was written by a disgruntled candidate. Although my folks have a great track record with candidates (which you can see on their Google Places page from the actually genuine reviews, of which there are currently 8 rated Excellent), we all know that it’s nigh on impossible to please absolutely everyone. But the review in question sounded bitter and a little too knowledgeable about the company to be that. No… it had to be a competitor.

Additionally, the name of the reviewer – a “Charlotte Jones” – isn’t someone they’ve ever dealt with, especially not 3 weeks ago or previously. A pseudonym.

Justification for the review’s removal

The review wasn’t just hurtful and potentially damaging to the business – it was slander.

Going back to the two bullet-points above, my folks don’t misrepresent CR as a big company: their About page states that it was started by the two of them and that it’s still run “by the the Morgan family.” Similarly, their LinkedIn company page says that they have “1-10 employees.” They don’t post fake job posts, either – all job posts listed on the site are genuine.

Oh and who cares if they’re a small company anyway? They told me a story of a competitor who once approached one of their clients and said: “why do you use that company? You know they’re just a husband-and-wife team, don’t you?” to which the client replied: “I don’t care. They’re good at what they do.” But I digress…

With the above two comments being complete lies, we knew that we could report it as slander. But how best to report it? It might be considered overkill, but we did four things in total, the fourth/final one being the winner. I’ll outline them all anyway, so that you can see all the things that you can do – but otherwise, feel free to just jump to #4.

Below every review on Google+ Local pages, you can click the flag icon:

You can then “Report a policy violation” – i.e. whether it’s hateful, spam, off-topic, etc…

We did this first, but as there wasn’t an option for anything to do with slander in the list, I wasn’t convinced it would do the trick…

2) Respond to the review

In addition to the flag icon, if you’re the owner of the page, you should also have the option to “Respond” to each review:

Not a ‘removal’ technique per se, but we decided to do this just in case the review wasn’t removed straight away but seen by others in the meantime. We left a short message explaining that we considered the message to be slanderous and that we were taking steps to remove it.

Given that “Charlotte” had a Google+ profile but it contained no info whatsoever (except for that review), my father decided to “Report / block” the user as well. This can be done by navigating to the person’s G+ profile and clicking on the “Report / block [name]” link found below their avatar:

This was the winner though. After doing all of the above, I investigated a bit more and discovered this post, which brought to my attention something I should’ve spotted in #1 above – this:

When you go the “flag as inappropriate” route, there’s a box that says:

If you have located one or more reviews that you believe warrant removal from Google’s services based on applicable laws, please follow the instructions detailed on this page to submit a legal request.

That link lets you “Report other legal removal issue” depending on your country and its laws. You have to give a bit of info (the content and its URL, plus why you think it breaks the law), leave a “digital signature” and tick a box that means you “swear, under penalty of perjury, that the information in this notification is accurate and that [you are] authorised to report this alleged violation.” Pretty serious stuff.

Thinking it might take a week or two, I thought to myself: “we’ve done all that we can…”

In less than 24 hours, Google had emailed my father saying that they had removed the offending review! Their email in full:

Thanks for reaching out to us.

In accordance with Google Inc.’s policies concerning content removal, we have completed processing your request. We are working on disabling access to the content in question at the following URLs:

If you would like to file additional requests, we ask that you contact us by using the online forms at: www.google.com/support/go/legal as we do not accept add-on requests.

Why the review actually backfired

The menace behind what I deem to be a rather despicable act obviously intended to do damage to Computer Recruiter. Unfortunately for them, it kind of backfired…

In addition to getting the review removed pretty promptly after its discovery, I asked my folks to contact a few recent candidates, asking them to leave a review if they wanted to. They’re also going to carry this on as-and-when candidates are placed into new roles as standard. So not only has the bad review been removed, we’re hoping to get even more good ones added to the page!

Oh and they’ve gotten some free promotion and links out of this article, including bringing to light their many genuine, high-praising reviews.

What Google can do to help

I think Google can certainly do more to help small businesses who find themselves in a similar predicament. I think the same can be said about Google Places/Google+ Local as a whole (and I’m sure that many SEOs would agree, given that it’s a buggy, clunky and confusing system), but as far as this particular issue is concerned, they should do two things:

Firstly, I think a review alert/notification system would be a Godsend, i.e. if someone posts a new review, you’re alerted by email. That way, business owners know about reviews as-and-when they happen, and if they’re offensive, they can take the appropriate (and immediate) action. In the meantime, the alternatives are to check your page constantly or to stumble upon new reviews by chance – given that our review was live for 3 weeks before we noticed, I’ll let you guess which approach we took…

Secondly, while Google does indeed make it a painless (albeit scary) process, I fear that it’s not given enough prominence. After all, I completely glazed over the info box containing the legal action link when I first flagged the review – whether that’s partly or mainly my own fault, Google could’ve made it more obvious. An extra radio button pointing people to the form wouldn’t hurt, nor would having a dedicated page about what to do, which is visible in Google Search (and I’m assuming they don’t have one, given the fact that I couldn’t find one).

Lastly, if you’re based in Cardiff and have an interest in online slander (I mean hell, who doesn’t?!) then you might be interested in Cardiff Blogs‘ next event: What You Can/Can’t Say Online. I’ll be there with bells on.

Update (3rd November 2015): Added the “Important note” at the top of the post following on from the comments below.