** Ok ok, so this was an April Fool’s. We’re not calling him Rand Fishkin Morgan. **

For those of you who are unaware, my wife and I are expecting our first child in early May (which is sadly the reason that I won’t be able to attend BrightonSEO in late April – too close to the due date).

When we found out that we’re having a boy, we discussed what we were going to name him. At first, we liked Noah, but it’s suddenly become an extremely popular name, so we decided against it. Then we were thinking of Rory, but we were still a little undecided. And then it hit me: what about Rand?

There are two Rands (or Randals) that I admire. The first is Randal Graves from Clerks. Admittedly, perhaps not an obvious role model (note: extremely NSFW clip, unless you have headphones…), but I love the name. And then of course, there’s the Wizard of Moz:* Rand Fishkin.

Wait, it gets better. I even managed to convince Emma that we should keep Fishkin as a middle name. In other words, we’re naming our son: Rand Fishkin Morgan.

We’re very excited that we’ve come up with the perfect name for our son! But what do you think? Please leave a comment below! 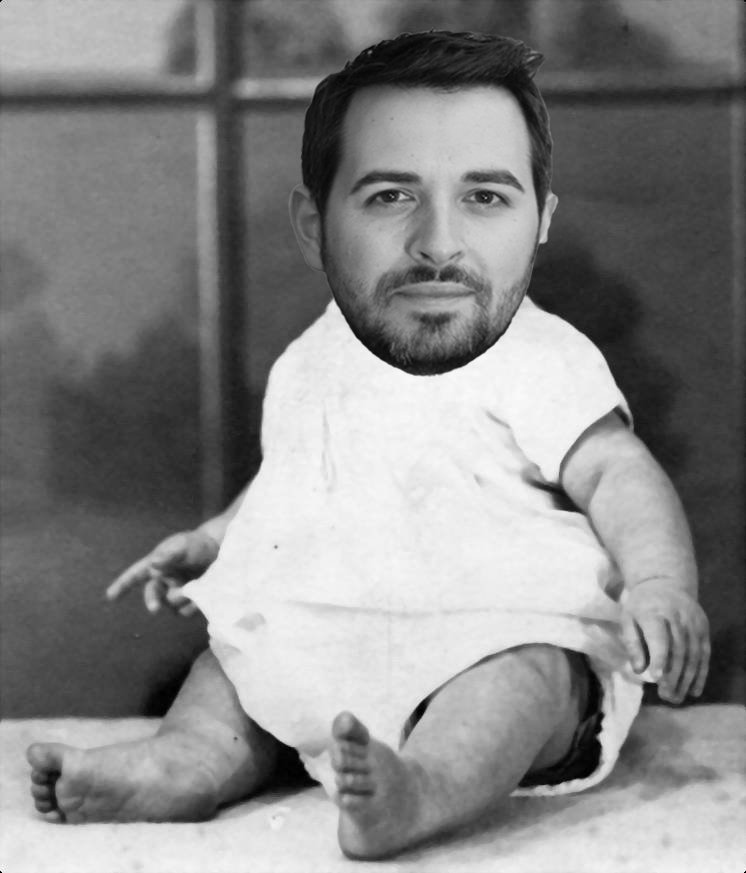 [Kudos to Roslyn of CopyTyper for her photoshopping skills; the original can be found here – Phyllis Buchanan – under the Creative Commons Adapt licence]

Where Are You Now?
Royal Blood
10 mins

I Only Lie When I Love You
Royal Blood
19 mins