Around this time last year, I interviewed Rand Fishkin (@randfish) – CEO/founder of Moz – about Inbound.org (which you can read here).

I’m delighted to have been granted the opportunity to interview Rand again, this time about the rebrand that took place at the end of May – when “SEOmoz” became simply “Moz.”

At the time, Rand talked about his reasons for the move in a blog post, plus Mozzer Ruth Burr has blogged about it from a domain migration point of view, and while my questions have touched upon a few things that have already been brought to light in those two posts, I wanted to catch up with Rand to see how he was feeling about the overall process. 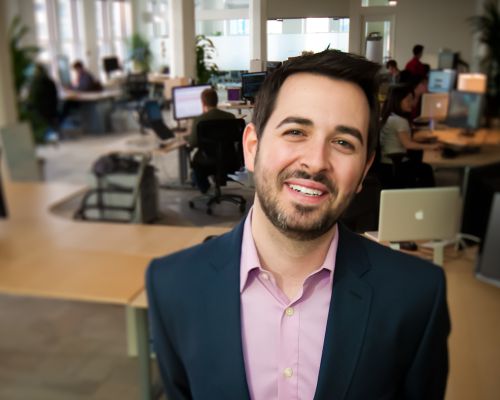 Steve Morgan: The biggest question on many people’s lips: why rebrand at all?

Rand Fishkin: As I mentioned in the blog post about our rebrand, this is really for several reasons. The biggest of which is that we’re more than an SEO software company, and having “SEO” in our name doesn’t transparently reflect our identity today or our plans for the future. We always want to provide great tools for SEO, but to do that, we need to go beyond SEO and into areas like content, social, branding, local, etc. (just as many SEOs have).

Steve: When did you have the idea for “Moz”? And when was the decision made?

Rand: I believe the idea was first conceived and proposed in late 2010, and the decision was made to move forward with the re-brand in mid-2011. Although the re-brand and new website wouldn’t have been hard to pull off on their own, our decision to ship Moz Analytics (the new version of our software) with that change delayed us considerably.

Steve: So how long did you give yourself from making the decision to ‘launching’ Moz? Do you feel like you gave yourself sufficient time in the end?

Rand: I think we gave ourselves WAY too long. I’m pretty regretful about the process that led to Moz Analytics being more than a year late from when we originally planned to launch it, and I think that, as a company, we have a lot of soul-searching to do about that.

At our last board meeting, I remarked that we’d seen virtually no negative backlash from our community or our subscribers regarding the change to Moz. Brad Feld, who invested in us last year, remarked “that means you waited too long.”

Steve: How did the rest of the company take the news? How much did you involve them in the transition?

Rand: Every single person at Moz was deeply involved in this process and aware of it from day one. We do a pretty good job of reflecting big discussions around stuff like this internally, and we hate secrets.

Steve: You must have consulted and given advice on a number of site redesigns in the past. How did things go when it came to doing such work on your own site?

Rand: It’s been a long time since I’ve done any consulting for pay, but yes, I’ve advised a number of companies informally. Thankfully, we took our own advice and prepared relentlessly for the domain move and redesign. We’ve lost ~20% of our organic search traffic since launch, but have more than made up for it with increased direct/social/content/email channels as I think folks have been excited to see the new site. That was really amazing, and something I’ve never seen before. Losing 1/5th of search traffic can be devasting for many sites, but because our sources have been so diversified over the past few years, we managed to avoid that trap.

Steve: Your own blog has lived at moz.com/rand for some time, well before the full rebrand. It’s almost as if the rest of the site was built around it. I’ve seen comments on Ruth’s recent Moz post suggesting that this was a part of the plan all along. Was it really a plan to build up the site’s DA pre-migration?

Rand: Yes, indeed! That’s why we moved it there from randfishkin.com a couple years back 🙂

Steve: Tell me about the big day: 29th May 2013 – the day SEOmoz became Moz. How did it go? How did the company handle it? Was it a breeze or all-hands-on-deck chaos?

Rand: It was not a breeze, but it did go off with very few problems and created a lot of excitement internally and externally. Honestly, we couldn’t have asked for a much better launch day.

Steve: What kinds of press pickup did you receive?

Rand: We received several dozen nice mentions around the marketing and technology worlds, as well as locally in Seattle. Unfortunately, I think we’re still on Techcrunch’s black list, but I like to wear that as a badge of honor 🙂

Steve: I guess what I’d really like to ask is this: what were the best 3 links you received in your opinion?

Rand: From a traffic perspective? Because I don’t think we needed all that much link juice from an SEO one… #1 and #2 were definitely Hacker News and Techmeme. I think #3 may have been TheNextWeb.com.

Steve: What was the reaction on social media? I imagine the buzz on Twitter thwarted Facebook, LinkedIn and Google+?

Rand: I don’t think any social channel thwarted any others! Twitter certainly had the most replies by far, but Google+ and Facebook both had a tremendous amount of engagement and sent a lot of traffic, and LinkedIn was a great branding mechanism (especially since 130 Mozzers suddenly changed jobs, which had us popping up in lots of feeds).

Steve: How is the site’s Google Analytics looking post-rebrand?

Rand: We’re actually higher in terms of traffic than we were prior to the launch, which is fairly amazing. I’ve inserted a screenshot showing some of the major metrics from GA from May 29th – July 13th vs. Apr. 13th – May 28th.

Steve: Have you noticed a dip in organic traffic for “seo” keywords because of the removal of “seo” from the name/domain?

Rand: Yes. That certainly appears to be a part of why we’ve lost some of our search traffic from Google & Bing, but it was something we anticipated. Having “SEO” in the domain name for so long was definitely a piece of why we ranked well on many of those terms, and while we’ve only lost a few positions, it amounts to a substantive overall dip.

Steve: What about keywords such as “seo tools”? I can’t seem to find any references to it right now, but I remember a time when “seo tools” was an important keyword to you/Moz…

Rand: Yeah, it used to be a big referrer of highly converting visits for us, though with only a moderate lifetime value (meaning lots of folks tried a tool or two, but didn’t necessarily stick around as long as someone with more experience with Moz, who discovered us via multiple channels).

Steve: Have you faced any naysayers with regards to the rebrand, whether they be your staff, members of the Moz community or otherwise?

Rand: Not many at all. In fact, I’m challenged to think of a specific blog post or in-person comment I’ve read/heard who thought it was a bad move. I suppose that speaks to Brad’s logic that we should have made this change much earlier.

Steve: Overall, in your opinion, how do you think the rebrand has gone?

Rand: It’s been a resounding success for the company, and one that’s been embraced by our community. I am disappointed we couldn’t have done it sooner, and that Moz Analytics took such a long time to build vs. how we planned it, but I think we’ll learn our lesson and do better with future releases.

Steve: What have you learnt? What would you have done differently in hindsight?

Rand: So much it’s impossible to list it all here. I’ll save that question for a big blog post sometime in the future.

Steve: What’s the future of Moz? What’s in-store for us?

Rand: Moz Analytics is, of course rolling out in private beta. We should have nearly every Moz subscriber in by end of August, and then launch to our invite list. After that, there’s tons of new stuff, too – Moz Local, which is the evolution of David Mihm’s GetListed.org; Moz Alerts, which will be trying to help replace Google Alerts before they take that product away; a dramatically larger, fresher Mozscape index codenamed “Meerkat”; and enhancements to nearly every tool we have. It’s a long road ahead, but an exciting one.

Steve: And finally… In WBFs post-rebrand, how many times have you accidentally said “Howdy SEOmoz fans” instead of “Howdy Moz fans”?

Rand: Haven’t done it yet, but now that you’ve asked I’ll probably slip up this week 🙂

Into The Floor
Afghan Whigs
2 hours

Underneath the Waves
The Twilight Singers
2 hours