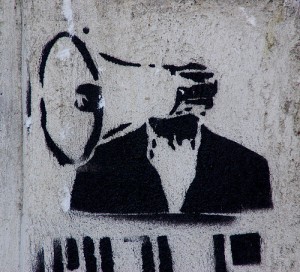 It’s been a little while since I wrote an #SMsceptic post (i.e. moans about social media), but following a recent first-hand experience and various conversations with colleagues/industry peers/fellow tech enthusiasts, I wanted to discuss Twitter @mentions some more, especially in the context of conducting outreach.

For the record, in my opinion, outreach via Twitter is awesome. I prefer it to email (which is I guess the more standard approach in an online capacity) for a fair few reasons:

Also, @mentions are generally more effective than DMs (Direct Messages) as the latter requires that both people follow each other, which may not be the case all the time, especially if you’re conducting outreach with people who may not know you (yet).

Anyway, I digress. Apologies… I tend to do that.

The main point of this post is help you to avoid a few common pitfalls, take a softer approach and generally piss as few people off as possible (which can sometimes be the nature of the beast with this type of thing).

Here are some quick tips:

1) Put your @mentions at the start of your tweets

For more long-term readers of SEOno, you might be familiar with this post: #SMsceptic: A Quick, Simple Guide to Twitter @Mentions, when I quickly went over the difference between putting the @mention at the start of a tweet and mid-tweet and how it’s displayed in a follower’s feed.

So bear in mind that if you’re conducting @mention outreach via Twitter and your @mentions are in the middle or at the end, all tweets will appear in the feeds of all of your followers. As an example, while you’re getting the message out to 10 people, your followers will effectively see the same message 10 times over. Not good! You risk being unfollowed, blocked or reported for spam.

A few months ago, I wrote a post for SEOmoz’s UGC section (YouMoz) where I touched upon some Twitter outreach I’d conducted for a piece of content I’d published – you can read the full post here but here’s the pertinent bit (with emphasis added):

In hindsight, I should’ve perhaps spread this out over the course of a couple of hours or days, as I realised afterwards that if anyone who was following me was also following some of the other events, their Home Feed would’ve been hit pretty hard. I didn’t get anyone complaining to me or anything, but I could’ve annoyed (and potentially lost) a follower or two in doing so.

Even though I made this point, I didn’t even follow my own advice recently when I was conducting outreach focusing on all those who were listed in my SEOs on Last.fm post.

I tend to get excited when I publish a new post and want everyone involved to be aware of it ASAP – kind of a keep-the-momentum-going type effort. However, for the aforementioned post, I posted 19 @mentions in 15 minutes, which is… probably pushing it a bit.

While I mentioned in the previous point that @mentions at the start of tweets would mean that they wouldn’t all appear in your followers’ main feeds, it really depends on who else they’re following. If they’re following you as well as the people you’re @mentioning, they’ll still see the tweets in their feed. So with the example above, if someone was following me and 6 of the 19 I sent @mentions to then they might’ve still seen 6 tweets in 15 minutes, not just 1 (or none).

To counter this, you could consider spreading them out over a longer period of time, so that they’re less likely to congest someone’s feed – maybe wait 10-15 minutes or more between each one. If you can’t be bothered waiting around to send them individually and manually, you could consider using a tweet scheduling service – I tend to use HootSuite to do the job (but here’s a list including HS and more).

If you’re worried about the impact of your @mention outreach, there’s no harm giving people a heads-up or apologising afterwards. Emma (who recently guest posted on here) did this after her outreach…

Sorry to all the SEO guys that follow me – I may have just appeared in your timeline a million times.

…and I did it after mine for the Last.fm post…

Just conducted some outreach via Twitter @mentions. Apologies if you got caught in the crossfire & I clogged up your feed – all done now!

At least that way you’re telling your followers that you’re aware that you might’ve gone a tad overboard, rather than them thinking that you don’t know what you’re doing and have gone all spam-happy! 🙂

One of my biggest pet peeves with Twitter @mention outreach is when people target everyone under the sun or target everyone they know or who’s in their follower list, regardless of whether or not the content is right for them (or if they need to be notified individually and specifically).

Don’t go overboard… Just target the people who a) you know will love it or b) you’ve referenced or cited or included, depending on the post’s nature. Don’t overdo it, otherwise you run the whole risk of unfollow/block/spam (as mentioned above)!

Bonus tip – Stats for the statistically-obsessed…

While I’ve never personally done this, I’ve heard of a few people who have…

If you use a URL shortener (such as bit.ly) then you could go so far as to vary the link for different people – even if they are all pointing to the same post. That way you can obtain click-through data from individuals or groups of people (depending on how you’ve done it), while you can still get overall numbers (if you add them all together)!

Got any other tips for Twitter outreach? Please let me know in the comments below!