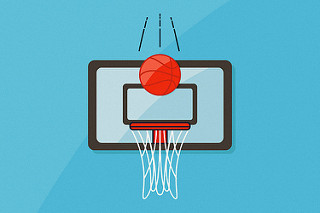 Google has a review problem.

When I help clients with SEO, if they already have – or could benefit from having – a Google Map listing (a.k.a. a Google My Business listing), I help them with the presentation and optimisation of that, too. One element of that is the ability for customers to be able to leave reviews. For a business that works hard to give its customers a good service, it can be a fantastic way to stand out from the competition. I often encourage clients to try and get Google reviews from their happy customers – in a way that abides by Google’s guidelines.

However something that I’m finding is becoming more and more prominent is the phenomenon of fake – maybe even ‘incorrectly-given’ – reviews. This blog’s most popular ever post is about how I managed to remove a fake and libellous review from my parents’ business’ Google listing. We (mostly) got lucky because the review’s text said some very nasty things that were very obviously against Google’s review guidelines, but where the whole Google review removal process gets messy is when the text is ambiguous (i.e. it could be a customer or it could not be, and it doesn’t conflict with Google’s review policy either way) or if no text is left against the review at all.

One of my clients (and also my business’ home) – Welsh ICE – gets fantastic reviews. They consistently get 4- and 5-star reviews from people who we know are members and have used their facilities.

…But then, all of a sudden, a few months back, they got a 3-star review with no text against it.

And then another one – 3 stars, no text.

And then a 1-star review with no text.

Two things were weird about these reviews:

I’ve been in SEO (and Local SEO) for a while, and while I’d come across Local Guides before, I hadn’t really paid much attention to it – so I did some research. It’s a way to contribute to Google Maps – most likely rising from the ashes of the death of Google Map Maker, which I’d used previously (with limited success – but that’s an aside). What’s more is that it’s gamified: contributors can earn points and badges, and can ‘level-up’.

At first I thought it was just a prestige thing, but then I came across something quite interesting: at one point (fairly recently), they offered a Google Play perk, whereby “Local Guides who reach[ed] Level 4 and beyond by 31 August 2017 [had] a chance to receive 3 months of Google Play Music and 75% off a movie rental on Google Play.”

Of course, Google’s Maps User Contributed Content Policy states that “contributions must be based on real experiences and information” – but here’s the thing: how can anyone prove or disprove that a review was based on a real experience? Given that Google are incentivising Local Guides by offering them a Google Play discount, what’s stopping Local Guides from randomly leaving random reviews/ratings in order to get points, including businesses they’ve never even dealt with and/or places they’ve never even visited?!

I checked out the profiles of the three Local Guides who gave mixed or low reviews to Welsh ICE and noticed that they often left reviews in fits and bursts. One of them had left 29 reviews in one month (yes, I counted) but only 8 reviews in the following 4 months – most of which were random ratings, which could be accurate experiences of the reviewer, or just randomly allocated ratings to random businesses in order to increase their number of points. Another one seemed to have literally inched over a level milestone (Level 4) by a matter of points.

Juxtopose this with the rules set for businesses, for when they seek Google reviews from happy customers. They’re told that it’s fine to “remind customers to leave reviews” (source) but that they shouldn’t “offer money in exchange for reviews” (source). This is fine – in fact this is as it should be (although similarly, one could argue how you can prove or disprove that a review has been paid for, but that’s a whole other issue). What irritates me however is that by incentivising Local Guides with discounted products (à la Google Play), Google seems to be saying that Local Guides can play by a different rule-book. “Leave reviews and we’ll reward you with a freebie!” But what about businesses? I’d wager that if businesses did something similar, there’d be hell to pay. I can’t say this for sure, but I’m pretty sure that an old version of Google’s review guidelines even said “offer an incentive” instead of “offer money.” I also once had a client who asked me if he could offer his clients a thank-you gift (e.g. a bottle of wine) if they left a review, which I strongly advised against, as I imagined that Google would strongly take issue with it, and his business’ listing could get into trouble if he ever got found out. But Google are essentially doing this with their Local Guides: the perks/discounts are their thank-you gift.

What Local Guides had to say

I took the time to post on a Local SEO community on Google+ asking if anyone was a Local Guide or knew much about the program (I won’t link to the thread directly, as one of the contributors spoke quite critically of the program, drawing similar conclusions to me in this post). However a few people confirmed that Local Guides didn’t need to be in close proximity to a location in order to review it (confirming my suspicions that they might not have even ever visited the businesses they’re reviewing), which is the same as regular Google users (non-Local Guides). Not only that, but in addition to the Google Play perk, they had been offered “3 months of unlimited digital access to NYTimes.com, Android and iOS news apps – plus 2 months of the Times Crossword” for reaching Level 7, and confirmed that other perks had existed, such as getting extra space on Google Drive.

(A big thank you to +Maxine Tubbe (of Chanticleer Complete Internet Inc.), +Tim Capper (of Online Ownership) and +Marc Charette (of Work Pics) for their contributions in the aforementioned Google+ community thread.)

Now please don’t get me wrong… Before I get bombarded from angry tweets and comments from the Google Local Guides community, I’m sure that 99% of Local Guides are doing things properly and leaving genuine, helpful reviews – all of which is contributing massively to the Google Maps ecosystem. I’m a strong believer of ‘community spirit’ – and I know that if someone had something bad to say about one of my communities, I’d defend the heck out of it – even if it was completely valid criticism. But my criticism isn’t with Local Guides, nor the Local Guide program as a whole: it’s with Google’s gamification and incentivisation of Local Guides that’s the issue here.

I honestly think that Google should consider reviewing (no pun intended) its points system. Some of the map contributions – such as photos, answers, edits and fact-checks – demonstrate that the Local Guide might’ve actually visited the location and is legitimately familiar with it. Leaving a random 4-star rating however? Or a 2-star rating? Or a 1-star rating? Who knows. Maybe they know that doing that 10 times will get them 10 points, and 10 more points is all they need for that Google Play freebie, or some other Google-related freebie or discount. I’d also ask Google to advise against monetary prizes (and you could argue that a discount is a type of monetary prize – after all, the person is essentially saving money on something, and that saving can be spent elsewhere), otherwise they’re only going to encourage this type of behaviour.

In the meantime though, businesses will suffer. Even removing obviously fake/incorrect reviews is currently a painful process… For example, ICE previously had a 1-star review from someone who named the business he was reviewing in his review, and it wasn’t ICE (in other words, he’d left it against the wrong business: ICE, not his intended target). After multiple attempts of reporting the review (via the usual ‘Flag as inappropriate’ method) did absolutely nothing, I tweeted @GoogleMyBiz asking if they could take a look, and after a few DMs went back and forth, and a week or so passed, they removed the review “due to policy violations.” What an absolutely ridiculous process. Businesses shouldn’t have to jump through hoops and use an entirely different website (Twitter) in order to get an obviously incorrect review removed. I really do hope Google improves this process as well, because it’s a complete and utter joke at the moment.

What’s your experience with Google reviews, or with Google Local Guides? Have you also seen seemingly random reviews/ratings left by Local Guides who have never been a customer? Or in fact, are you a Local Guide who can shed some light? Leave a comment below! 👇