For a while now I’ve shared other people’s Facebook posts on my personal profile and noticed that some of them would show up as expected, while others would show up… differently. And by “differently” I mean incorrectly and therefore badly. I’ve just discovered why and how it happens: the issue is with sharing via mobile in particular.

When you share someone’s post, if they have written some text while sharing a link and you hit the ‘Share Now (Friends)’ option, you expect the whole lot to be shared: the text, the link, and it should say “Steve Morgan shared [original poster]’s post.” Like this:

This is how it works – on desktop. On mobile, Facebook strips the text and the “Steve Morgan shared…” bit, and only shares the link. Completely devoid of context. Here I am tapping ‘Share Now (Friends)’ on mobile… 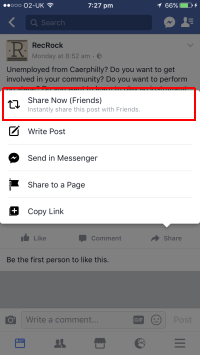 …and here’s the end result: 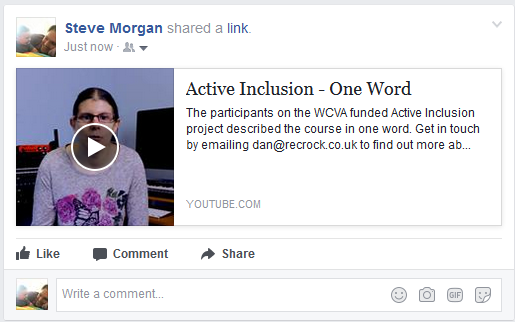 I’m using an iPhone 7, currently on iOS 10.3.2, and the version of the Facebook iOS app is 132.0. Not that I think any of that matters, given that it’s been happening for a while (so I don’t think it’s iOS or app version specific).

At first I thought it was only normal post-sharing functionality that was affected. But I discovered the issue when I tried sharing an ‘On this Day’ post.

When you share one of these, there’s supposed to be a cutesy little banner saying “# Years Ago – See your memories >” that goes with it. Share it on desktop and here’s how it looks:

The first one makes sense (aside from the missing image, but that’s a whole other weird issue). The second one just looks bizarre – it looks like I’ve just randomly shared a random post for no reason.

Let’s face it – it’s a really annoying error. Not just for the aforementioned reasons that it shares the posts/links without context and/or without credit to the original poster, but also for the following reasons:

I use Facebook a lot, and I have a feeling that I use it on mobile a lot more than I do on desktop – especially during evenings and weekends, when I’m not near my computer or laptop. If Facebook could fix it at their earliest convenience then that’d be grand. Ta.

To the Glow
Sky Larkin
20 mins