Most of the time, sorting out an Apple ID takes no more than a minute or two. You give your email address, contact details, set up security questions and you’re on the way.

…Sometimes, it takes an entire Saturday afternoon, including 3 calls to Apple speaking to 4 different customer service advisors, and factors in serious data protection and security issues, which cannot be fully resolved. All because once upon a time, some random person screwed up.

I wanted to blog about this, not only in case someone has the same issues as my mother-in-law (who I gave my old iPad to) but also as I think Apple need to sort this out. Hopefully someone senior at Apple reads this (you never know!) and they get their act together, because it really isn’t good…

Some woman in Mexico once accidentally tried setting up an Apple ID account using my mum-in-law’s email address (maybe it’s a letter/digit different). Apple said it was ok to keep using the account, as it’d never had any activity, however the Mexican lady had also set up security questions, meaning that she could’ve reclaimed access to the account at any time. We accidentally saw her home address and phone number when ‘taking over’ the account, and – if she’d reclaimed access – she could’ve seen my mother-in-law’s personal details, too. We can never fully resolve the issue as Apple cannot or will not delete the account, so we had to set up a fake email account (using Gmail), change its email address and change the personal details to something made-up – and then we could create a new Apple ID associated with my mum-in-law’s email address. Unnecessarily messy and overly-complex.

For the long version, keep reading…

Email already in use

I recently replaced my old, beaten-up iPad 2 with an iPad 2 Air. The folks at the Apple Store said that I couldn’t get anything for it by trading/recycling it (not via them, anyway) so they suggested keeping it – maybe giving it to a family member. So I gave it to my mother-in-law. I don’t want to use her real name, so let’s say she’s called Jane Jones.

I wiped the old iPad (once backing up the new iPad), reset it and ran through the setup process with her. When it came to creating an Apple ID, Jane wanted to use her Hotmail address – the only email address that she uses. We tried setting it up, but it was apparently already in use.

“But I’ve never done anything with Apple before!”

“Are you sure? Maybe you bought something on iTunes years ago…?”

So we tried resetting the password. The password reset email come through (hitting Jane’s Junk inbox) and… it was in Spanish.

“O…k. So you once bought something by Apple, and you accidentally did so in Spanish?!”

“No! Seriously! I’ve never done anything with Apple! I swear!”

We managed to walk through the steps – despite the language barrier – and reset the password. When we logged in, we realised something serious…

…The name wasn’t listed as Jane Jones. It was listed as – let’s say – Jane Naranja.

END_OF_DOCUMENT_TOKEN_TO_BE_REPLACED 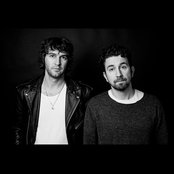 I'm Sorry (For Not Finding You Sooner)
Japandroids
23 hours