Many moons ago, when this blog was only a couple of months old, I published a list of all the things I see people getting wrong on Twitter. One of the points (#1 on that list) ended up having its own dedicated blog post a year later.

Nearly 4 years later, it’s still the most common mistake I see on Twitter. I call it the @mention placement fail.

If you put an @mention right at the start of your tweet, it’s treated as a reply rather than a standalone tweet. This means that it won’t show in your followers’ timelines, unless a) it’s RTed by someone else that they follow, or b) they also follow the other account being @mentioned.

It might not seem like a big deal, and it might feel like I’m picking on people who aren’t doing Twitter properly (I’m not, by the way – or at least I don’t mean to be). But it can be a big deal: it might mean that some of your tweets aren’t even being seen by your followers. And they could be important tweets, such as big announcement tweets.

An example of how it looks (and why it’s bad)

I was following the #recruitershortlist hashtag the other day as the Recruiter Awards 2016 was being revealed, and noticed that the mistake had been made by @RecruiterAwards. In all honesty, most of the time that I see this mistake being made is during an event or activity where time is of the essence – if you’re sending out a lot of tweets out-and-about or on-the-go then it can be easy to tweet it without noticing it or realising. Heck, I’ve probably done it myself at least once during my tweeting history. So it’s just something to watch out for and to try to avoid if you can help it.

Here’s a screenshot of @RecruiterAwards’ timeline with replies:

And here’s their timeline on their main profile page (without replies):

Notice how the tweets starting “@Empiric_UK, …” and “@Coreatlanticltd, …” appear in the first screenshot but not the second. This is because the @mention is right at the start of the tweet and therefore they’re being treated as replies, not standalone tweets. If you were following the #recruitershortlist hashtag (as I was on the day) then you would’ve seen those tweets (like in the first screenshot above), but if you weren’t and you were following @RecruiterAwards normally and only browsing your main timeline, then those two tweets wouldn’t have appeared (like in the second screenshot above).

In fact, this is how it looked in my main timeline, interspersed with other random tweets:

Here are a few other recent examples that I’ve spotted (again, not meaning to pick on anyone or show anyone up – they’re just randoms that I’d spotted)…

@Welsh_ICE have announced teams selected for https://t.co/g06DQx2d2q will get free desk space for the 2 month program! Awesome.

(That last one is especially bizarre, given that I live in Cardiff and I was watching a Red Dwarf episode at the time that they tweeted that…)

So it’s pretty common, across a variety of industries. In my experience, schools and school staff are notorious for getting this wrong quite often – so if you’re a social media consultant who specialises in the education sector then I’m sure you’ll have your work cut out for you…!

What’s your biggest Twitter pet peeve? Is it this, or something else? Let me know in the comments below or (rather fittingly) feel free to tweet me. 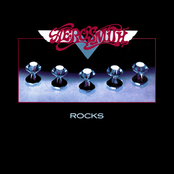 Lick and a Promise
Aerosmith
7 mins

Get the Lead Out
Aerosmith
10 mins

Sick As a Dog
Aerosmith
19 mins