Since going freelance over 6 months ago, I have helped a few small businesses with domain migrations, making sure that they’re all done in an SEO-friendly fashion.

What is a domain migration? Some people might call it something else (e.g. site migration, domain change, etc.) but it’s basically the case of moving your site from one domain to another. For example, I might consider moving SEOno.co.uk to SEOno.com, with all of its URLs following suit – e.g. SEOno.co.uk/category/seo/ would become SEOno.com/category/seo/, with the former (ideally) redirecting to the latter in each and every instance.

A tale of 3 domain migrations

In one of the cases, the client mainly wanted to move from a .co.uk to a .com (to improve his chances of rankings more globally and attracting international enquiries) but also wanted to use it as an excuse to ‘rename’ the business slightly.

For the other two clients however, it was my recommendation. They were using EMDs (Exact Match Domains) – i.e. keyword-heavy domains (e.g. seo-in-cardiff.com rather than actualbusinessname.com) – which I have never been a big fan of, so I recommended that they migrate to more brand-focused domains, which I thought would improve their click-through rate from the SERPs and look more trustworthy to searchers. In both cases we had only just started working together, so it made sense to make the change ASAP, before tasks such as link building and citation building were carried out in full force.

While all 3 sites are only small (we’re talking no more than 100 indexed pages for the biggest; only 20 for the smallest), they all had different circumstances, with none of them being quite the same. Only 2 of them were migrating from EMDs to branded domains. Only 2 of them were retaining all the URLs on the new site (i.e. not changing any URLs around in the process). Only 2 of them mapped out the redirects (with one of them, all the old domain’s URLs simply redirect to the new domain’s homepage instead). And only 2 of them utilised the Change of Address tool in Google Webmaster Tools.

Here’s a table, because none of that probably made any sense…! Please forgive the plainness of its appearance (there’s a good reason why I’m an SEO and not a graphic designer):

I also made sure to run daily rank checks on both the old and new domains in each instance, to get an idea of when and how Google was swapping out the old domain’s URLs for the new domain’s URLs in the SERPs.

Interestingly, weeks following the 3rd migration, 3 conclusions could be draw from what transpired…

1) EMDs are not as powerful as they used to be…

Even though I was recommending to two of my clients that they should ditch their EMDs for branded domains, and they both told me that they’d prefer branded domains for the long term, I was still fearful that they might see a slight rankings drop due to the fact that we’d be removing some of the keyword relevance out of the domain, which is still a powerful SEO ranking factor (according to Moz’s 2013 Search Ranking Factors report):

I warned the two clients accordingly and they accepted and understood the potential risk. As mentioned above, in both cases, we agreed to do it really early on (i.e. one of the first tasks after coming on-board as my clients), as a) rankings were pretty low at that point anyway and b) it didn’t make sense to wait and do it months after a ton of link building had been done to the old domain. 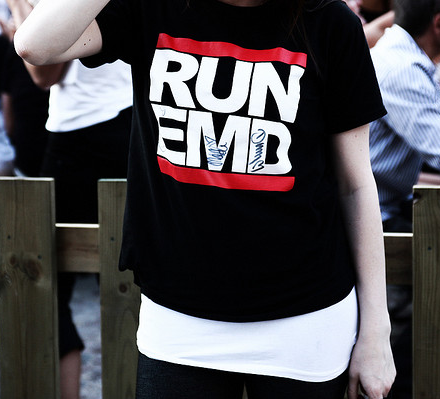 But guess what happened? For one of the clients, rankings stayed the same post-migration. For the other client, rankings went up slightly! This is bearing in mind that no other on-site or link building work was taking place at the time, which understandably could’ve affected the rankings as well.

Moz reported a year ago that EMDs seem to be in decline, to which I said “good riddance.” Fast-forward to the present day and it’s look like that might actually be true…

The Change of Address tool in Google Webmaster Tools is sort of an ‘official’ way to tell Google that your site has moved, giving them instruction to “update [their] index to reflect your new URL” (source). Granted, it’s not mandatory or necessary at all (as Google would pick up the changes anyway if it was seeing that all of a domain’s URLs were redirecting elsewhere), but you’d assume that utilising this option would maximise the chances of an overall clean and successful migration.

…Except that that’s not the case. Out of my 3 migrating the clients, the one that didn’t utilise the Change of Address tool had the cleanest migration, by which I mean that their site transitioned over (with Google only showing the new domain’s URLs) the quickest.

In order to use the CoA tool, you still need to verify the old domain (both the www. and non-www. versions). Annoyingly, you’re limited to just one verification method: via your domain name provider, as the other methods require code on a live site, which obviously isn’t the case as it’s a redirect – the exception is the HTML file, but trying that may result in olddomain.com/[htmlfilecode] redirecting to newdomain.com/[htmlfilecode] and therefore not working. Whew…

With one client, their domain name provider oddly wouldn’t let us add a CNAME or TXT record to the domain in the way that Google required it, so we couldn’t utilise CoA. But then… it was what I’d consider to be the most successful domain migration. Huh.

With the other two clients, some of their old URLs are still showing in Google, weeks/months later.

In other words: Google Webmaster Tools’ Change of Address tool isn’t all it’s cracked up to be…

Fortunately, in this case, the homepage was the main ranking page for the website anyway. With that being the case, the migration wasn’t too bad, and rankings weren’t majorly affected. However I’ll be the first to admit that this isn’t great from a user experience point of view (as Google have stated), especially as some of the old URLs still show up in the SERPs – a visitor expecting to see a particular page but being sent to the homepage instead isn’t a great way to say hello…

…But if you’re in a similar situation, I guess it’s handy to know that doing a similar all-old-URLs-point-to-the-new-homepage setup won’t especially break anything, so long as you don’t rely on inner/deep pages ranking for things. If you do, then mapping everything out is your best bet.

The above summarised in a couple of sentences per point:

I’d love to hear the experiences of other SEOs who have carried out domain migrations recently. What happened when you did it? Please leave a comment below.